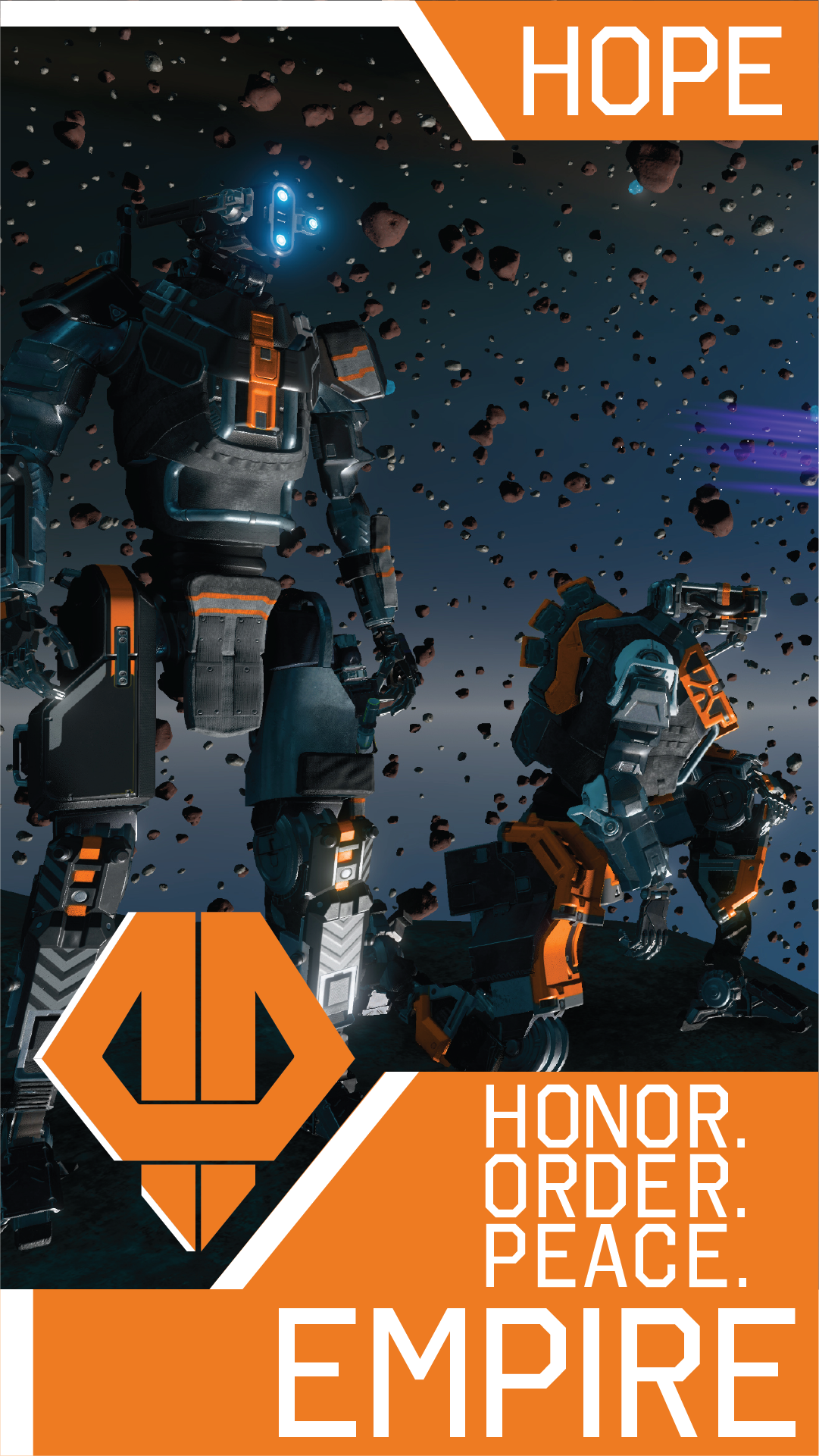 Another game community I found myself deeply involved with, this one has a lot more choosing of sides and faction politics, and I chose to side with the Imperials.

I have made the vast majority of emojis used by imperials on multiple servers, as well as a few promotional pieces for the faction.

Everything was built off of the very small amount of pre-existing content the developers had actually created for the faction.

(Imperials are the orange ones)

You can do a lot with emojis 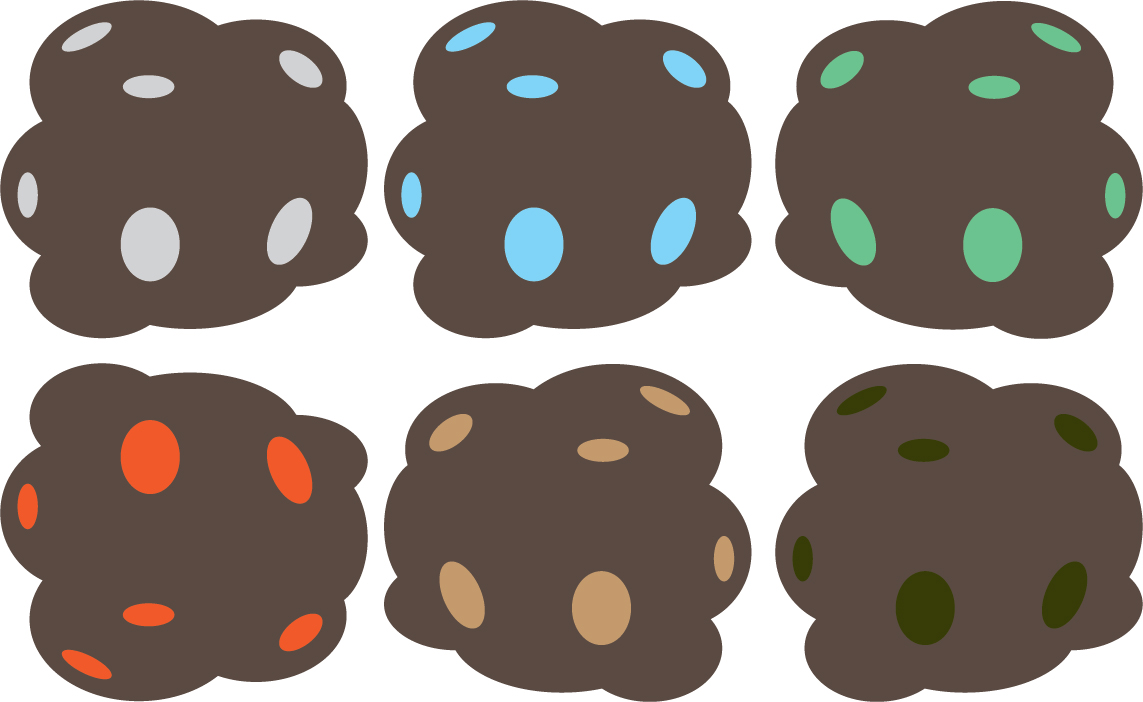 Important for mining, the different coloured ores have different values and the dark green one has become synonymous with value and is often used as a value react. 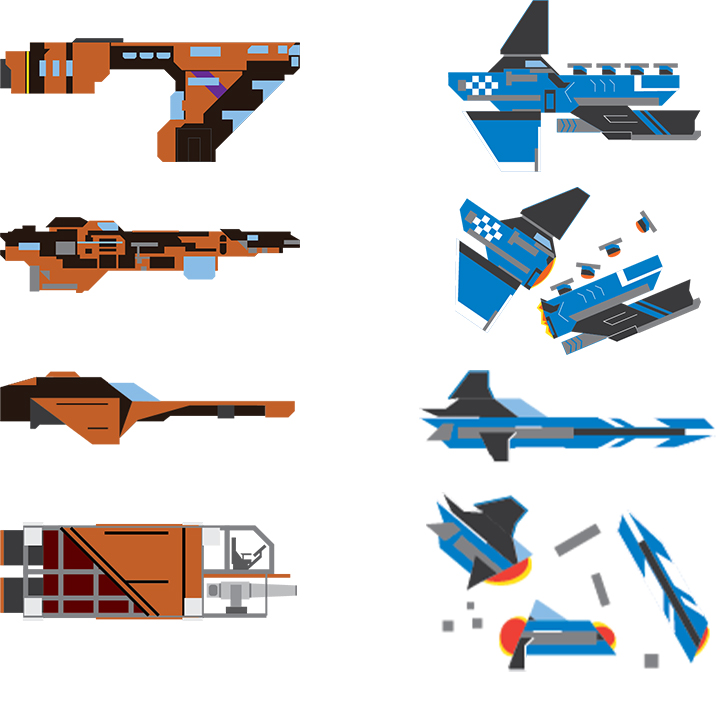 Space game? Space ships! As you can see there is only a slight bias against the Kingdom (blue ships) where I took the extra time to make broken versions of their ships. 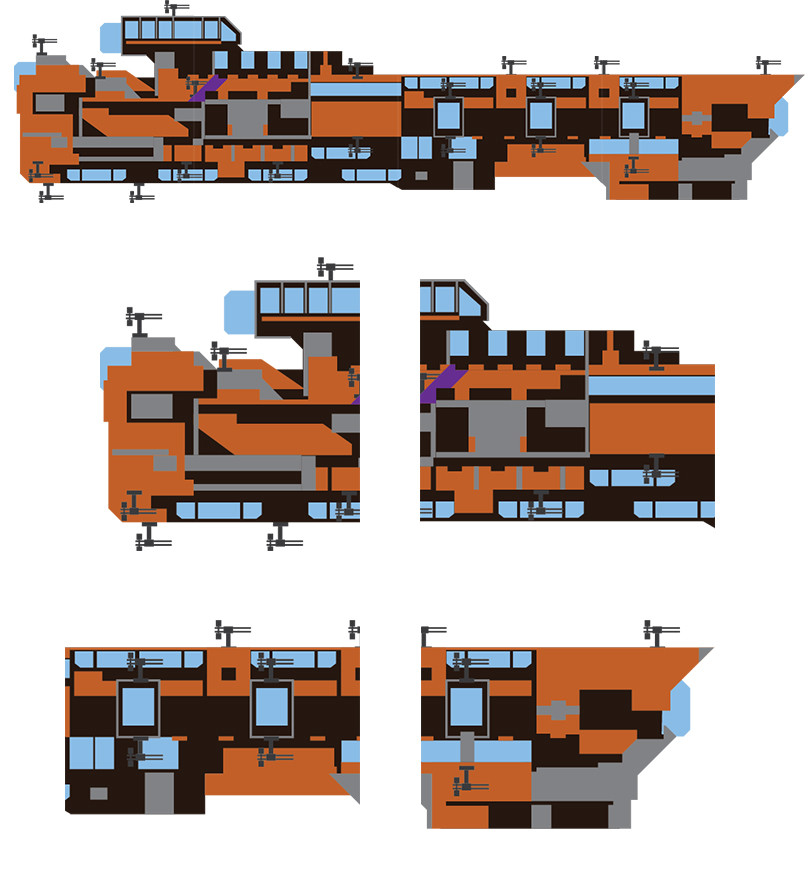 The best one (and biggest) is a huge imperial ship that really didnt work well in an emoji format. To remedy this I split it into 4 sections so it keeps its impressive size when posted in chats on discord.

Here is an example scene that kinda shows everything off working together. In this image you can see the Imperial warships swooping in to drive off the evil kingdom warships and protect the Imperial asteroid miners. All of this was made in discord text chat.

Before anyone actually got their hands on the closed alpha of the game, there was already factions popping up and the community was growing, but there was very little content. So I made some. Using images posted by the developers I was able to put together a quick video to help bring people into the Imperial community.